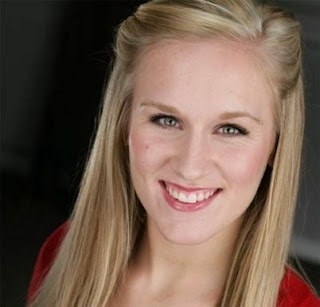 We are proud to post our first exclusive “Wicked” cast member interview – with Ms. Stephanie Torns, who is in the ensemble and understudies Elphaba on the 1st National Tour of “Wicked”. If you see the first national tour and she’s not playing Elphaba, you’ll hear her singing “No one cries they won’t return” in “No One Mourns the Wicked” and “I hear that she can shed her skin as easily as a snake!” in “Thank Goodness!” We appreciate Stephanie being kind enough to give us this interview and wish her the best in performances to come!

How did you come to audition for “Wicked” and what was the audition process like?
-Well I know from talking with others, that everyones story on this is COMPLETELY different, but for me I went in a total of five times within one year and just performed the Elphaba material over and over again. The fifth audition was a dance audition as well to see if I can do the ensemble movement..and an hour later I got the call! 🙂

How long and how difficult was the initial rehearsal process for the show?
-It was a total of about two and a half weeks. It was a bit strange for me because I’ve never joined a show that’s been up and running already, so when you learn the show it’s just you by yourself with the dance captain. So it was a little scary in the sense that you just have to really know your numbers on the stage so you don’t cause any problems with the show. Then I had my dress rehearsal which is called a “put in” and its you and the entire company running the show but only you are in costume and everyone else is in street clothes. Then I went on that night!

What was your first show like? How were you feeling throughout the show – nervous, excited, scared?
-My first show was extremelyyyyy scary/fun/and wonderful all at the same time! It went actually really smoothly, and nothing terrible happened so it was a check plus in my book! 🙂

What is your favorite costume in the ensemble and as Elphaba?
-Hmmmm my favorite costume for my ensemble track is my Ozdust ballroom black and white dress! For Elphaba, it’s definitely the second act dress it’s just soooo unbelievably beautiful.

How was the initial rehearsal process for Elphaba, and what was your first performance like?
-Well once I was put into the show for my ensemble track, we immediately started the Elphaba material. Rehearsal process for this was very fun and ALOT of information thrown at you to learn. My first performance on was in Appleton, Wisconsin and it was a complete outer body experience!! But my family was out there so I knew they would be proud no matter what! 🙂 Of course every show after that I am able to enjoy myself out there and not be as nervous!

What is your favorite song or scene to perform in the ensemble and as Elphaba, and why?
-My favorite song to sing in the ensemble is the opening of the show because it’s just such a wonderful way to bring the audience into the story of what just happened. My favorite scene is either Dancing Through Life or Ozdust because we get to have so much fun up there and enjoy one another. For Elphaba my favorite song to sing is Defying Gravity because it’s the climax of the show for her and the lyrics are just so moving to me. My favorite scene has got to be the cat fight scene!! It shows both women in different ways, because it has strength and laughter all at once.

Do you have any onstage bloopers or mishaps you’ve been involved in or witnessed you’d like to share?
-Oh my. Well there are A LOT of things that happen sometimes, but I would say its ALWAYS funny to see someone wipe out in the opening. I’ve done it twice and so have many other people.

Which is more exhausting: all of the dancing and heavy singing of the ensemble or the intensive acting and singing of Elphaba?
-Well both are very demanding, but I would have to say going on as Elphaba. I think I’ve gotten use to my ensemble track by now, so my body and voice just have adjusted. I don’t get to go on as Elphaba as often so when I do, I think my adrenaline kicks my butt a bit! 😉

Are there any dream roles you’d like to play one day?
-Well truth be told, ever since high school, I’ve always wanted to play Elphaba one day. It was truly my dream role! It still hasn’t actually hit me that I get to do my dream, but it is a wonderful feeling that I am extremely thankful for! 🙂

What advice would you give to aspiring performers?
-Never give up. This business is a lot of rejection, and you just have to believe in yourself and your dreams and just learn from all of your experiences. I’m a true believe that everything happens for a reason!

We thank Ms. Torns again for her time and wish her the best! To the readers – keep watching for two more exclusive interviews headed your way very soon!