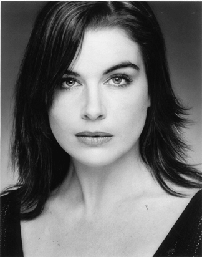 As some of the readers may be aware, Pippa Grandison played her first performance as Elphaba in “Wicked” Sydney last night. This was completely unannounced and was only confirmed by Lucy Durack (Glinda – Melbourne & Sydney) tweeting in congratulations. It is generally assumed that she has replaced vocally ill Amanda Harrison as lead Elphaba.

And thus, my editorial: WHAT THE HECK “Wicked” producers? I am not denying that Ms. Grandison is talented – I have never heard her or seen her in anything. But I do know that the producers have a very capable standby, Ms. Jemma Rix, who has been with the show since it opened in Melbourne in July 2008 and has been the lead in Melbourne/Sydney for all intensive purposes since April. Ms. Harrison has probably played about thirty performances since April, with Ms. Rix, Zoe Gertz (current u/s for Elphaba), Patrice Tipoki (former u/s for Elphaba; current s/b for Elphaba along with Jemma Rix), Carmen Cusack (former 1NT US Elphaba), and Jennifer DiNoia (current Broadway s/b Elphaba) all having to fill in for her. Ms. Rix has done a vast majority of these performances, and the producers overlooked her. I feel that this is completely unfair to Jemma Rix (as is the fact that she was surrogate lead for six months with NO credit). Yes, I’m aware life isn’t fair and that Pippa Grandison does have more of a name, but when one has functioned as lead for six months, with zero credit, the title should go to them.